Redwood Charters has been operating since 1996.

About us – Redwood Sportfishing Charters was established in the mid 1970’s as Redwood Charters by Dale Lapham on Michipicoten Bay, Wawa Ontario. Dale’s beginnings as a fishing and hunting guide began at the Twilight Resort at Montreal River 160 kilometres south of Wawa. He gained thorough knowledge of the industry and became a well known, respected licensed outfitter (Bear and Moose) and charter boat operator with a specialty on Lake Superior (Michipicoten Bay) for Salmon and Trout. During this time he had purchased the Redwood Motel on highway 17, just a few miles north of Wawa, Ontario and later named the charter service.

In the summer of 1984 his son Dean from Sault Ste Marie, Ontario took interest in this business and began to work for him as a guide and first mate on the Redwood Charter boat and continued for many summers between school years. Dale had passed down many years of experience to him and allowed him to continue the legacy by opening Redwood (Sportfishing) Charters in Sault Ste Marie on the world famous St. Mary’s River. The river was very well known for its abundance of Rainbow trout and Whitefish but was also establishing a healthy population of salmon. This is where Dean would get his specialty

In 1996 Redwood Sportfishing Charters was officially opened for business and has grown a reputation for excellence in service and knowledge. The operations span from the Rapids of the St. Mary’s River downstream to the mouth of the Garden River and Lake George. The salmon fishery in this area has consistently produced excellent angling opportunities and will hopefully continue to do so for more generations to come especially with the help from Lake Superior State University and its Atlantic Salmon stocking program. Thanks for reading our story and we hope you will join us on an angling adventure. 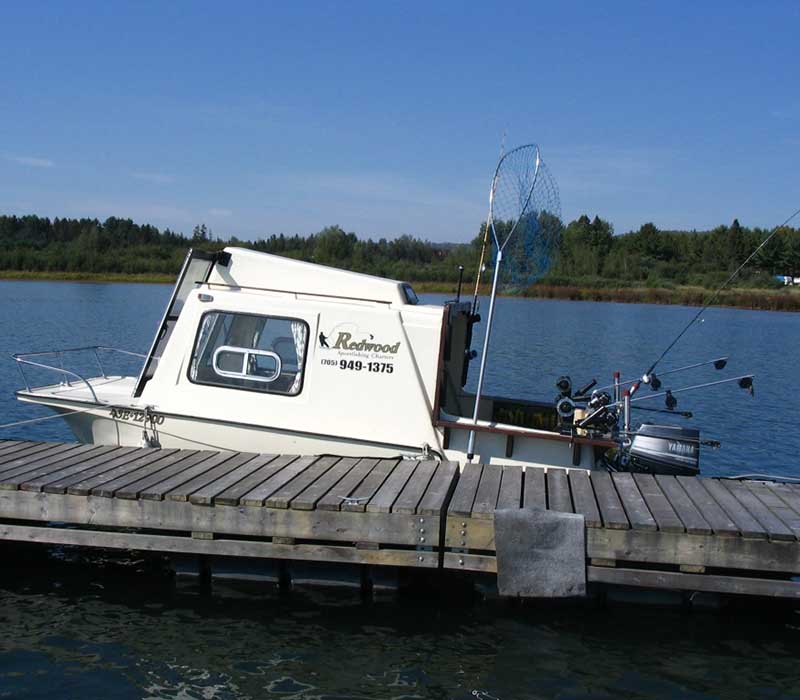